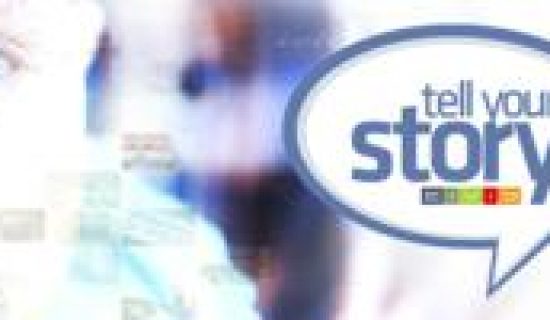 The release of the all-new 2012 Honda Civic marks the most important product launch in the history of American Honda. From first-time drivers to retirees, the iconic vehicle enjoys a wide demographic and multi-generational appeal. From a marketing standpoint, reaching this audience would be as important as manufacturing the redesigned Civic worthy of their praise.

In response to this challenge, Tier 10 Marketing independently launched an integrated “Tell Your Story” campaign, a people-centric concept based on communicating and evoking real emotion. The centerpiece of the campaign is the 2012 Honda Civic “Heritage” Video, which features music from Grammy-award winning artists Dirty Vegas, and portrays real Civic owners collectively creating a visual experience that represents the theme “One Car. A Million Stories.” The video was designed to provide Tier10 clients (Paragon Honda, Herb Chambers Honda, Brickell Honda, Scott Robinson Honda and Penske Honda, to name a few) with a custom viral video to inspire traffic and promote the brand in a positive light.

The results were more than tenfold, reaching drivers, dealers and industry contributors far beyond Tier10’s Honda clients. YouTube views have broken the 40,000 mark, with viewers praising the way the video prompts positive memories associated with the Civic.

“Rather than plaguing the viewer with specifications and numbers, I got the sense that the Civic has made many great memories possible,” said YouTube user Mackestarr. “I wish they would show this kind of honest advertising on TV.”

Since launching the video on the Civic 2012 Facebook fan page, http://www.Facebook.com/NewCivic, the link has been shared by users more than 1,300 times. The Facebook page was also created as a destination for Civic drivers to share their stories; so far, countless Civic drivers and ex-drivers have shared their stories and photos, making the campaign likely to be spotlighted on Facebook-Studio.com, where the world’s leading social network celebrates and displays the works of agencies and marketers who create innovative campaigns on Facebook.

Meanwhile, the video has enjoyed much success on Twitter, with tweets nearing 20,000. More than 500 websites have embedded “Heritage,” and, it’s been mentioned in more than 121,000 other websites. Honda dealers around the nation — not signed on with Tier10 — are adopting the video as their own to help build enthusiasm for the 2012 Honda Civic. The effect of the video has made for a social media sensation.

The “Heritage” video has captured the attention of major industry publications, including Motor Trend, which praised the video for its nostalgic value and marketability over RPA’s “To Each Their Own” campaign and its “pop culture clichés,” referring to Tier10’s campaign as “more relatable” to fans of past Civic models. RPA – Rubin Postaer and Associates – is the agency of record for Honda.

Autoblog, a leading provider of industry news, reviews, podcasts and commentary, was the first to feature the “Heritage” video. Associate Editor Jeff Glucker noted Honda “taking a moment to look back at the history of its popular compact.”