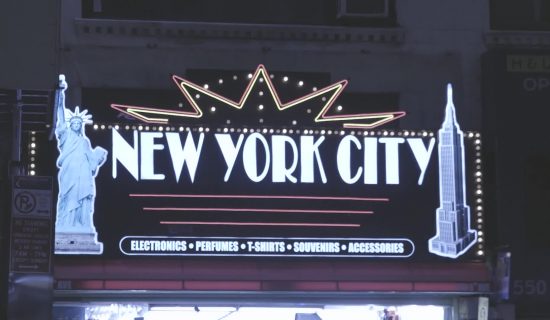 NEW YORK, Nov. 24, 2014 /PRNewswire/ — The Tier10 production crew learned that, in three days, they would have exclusive access to the all-new 2015 Acura TLX in New York City for just 48 hours. What complicated matters was that they were in Los Angeles at the time on a scheduled four-day shoot.

“To be one of the first in the country to shoot the all-new 2015 Acura TLX was something we couldn’t pass up,” said Scott Rodgers, Tier10’s chief creative officer.

The team condensed their L.A. shooting schedule and booked travel. Despite unknown details, Rodgers knew the TLX belonged in NYC at night. Since everyone comes out at night in the City, the team would only have a few prime hours in the moonlight. They had to figure out a way to drive the TLX and other Acura vehicles, sometimes side-by-side, without hitting every stoplight – and without annoying everyone.

“Creatively, I developed a pretty extensive shot list,” explained Rodgers, “but I also knew that we had to be rolling the entire time as our time was limited.”

Anticipating the obstacles for the shoot, Director of Photography Devin Leisher chose equipment that would allow for the most flexibility and versatility – the MōVI M10, a few Canon lenses, and Kino Flo lights. Before the first night of shooting, the crew thought the three-hour window between 2 and 5 a.m. would work best. However, once 2 a.m. hit, instead of dense traffic and large crowds, the streets were now lined with the city’s sanitation department.

“That was the challenge of getting the shots we needed and timing things right, but obviously traffic gets in the way of that choreography,” said Leisher, who was often strapped into a five-point safety harness and shooting out the back of a 2015 Acura MDX. “We were filming all night, up and down NYC and running out of time, so we couldn’t really wait for the trash trucks to move. You just shoot everything and sift through it in post.”

Running on adrenaline, the team wrapped up both nights minutes before 5 a.m. The end-product was quickly put together and shown to Brian Benstock, Vice President and General Manager of Paragon Acura and New York Acura Dealers Association board member.

“When the Scotts told me about this, I didn’t think they would be able to pull it off with such a small window to shoot with such a tight budget,” he said. “It’s truly unbelievable what Tier10 is able to accomplish. I thought this was a project that couldn’t be done. ”

Tier10’s Vice President Scott Fletcher added, “Considering everything, the shoot with the TLX was a great opportunity to take a brand-new product and create great, new content. It also gives us the chance to show our creative abilities to those who may not know our name – yet.”

This TLX video and Tier10’s other videos can be viewed on their Vimeo page: http://vimeo.com/tier10.

About Tier10Tier10 is an award-winning advertising agency specializing in automotive dealer associations. Located near Washington, D.C., with offices in New York and Miami, Tier10 is one of Inc. 5000’s fastest-growing companies two years straight and debuted at number 26 on the Agency 100. For more information, please visit http://Tier10.com.

To view the original version on PR Newswire, visit:http://www.prnewswire.com/news-releases/tier10-gives-all-new-2015-acura-tlx-nyc-nightlife-treatment-300000611.html