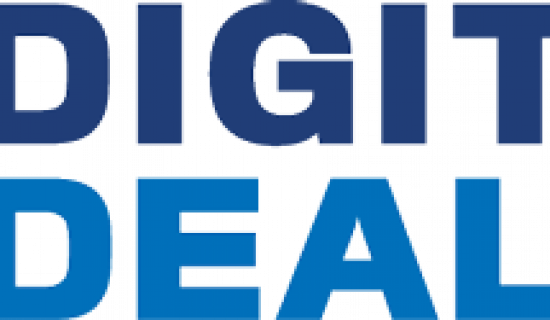 For years, American Honda did not mandate the formation of tier 2 marketing associations and instead only supported the groups that formed voluntarily. About two years ago, that changed. Honda now pools 1 percent per car into association funding and forces all Honda dealerships to participate in Tier 2 advertising. Dave Waikem, President of Northern Ohio Honda Dealers Association and Owner of Waikem Honda, a family owned business, demonstrates how successful Tier 2 can be at bridging the gap between tier 1 and tier 3 and helping Honda dealers steal market share from the competition.

Northern Ohio Honda Dealers faced fierce competition in a domestic dominated market, specifically where Ford and also Toyota have significantly larger marketing budgets at the association level, creating a David versus Goliath battle. “We had to be smart about how and where to spend our money,” Waikem stated, “Because brands like Toyota and Ford can yell louder and more frequently.”

Additionally the Northern Ohio Honda Dealers is one of the largest associations in the country covering three media DMAs. This placed more of an importance on using data to be more intelligent and accurate with marketing in order to compete with the other brands that have a larger marketing budget.

“The traditional marketing approach of repeating factory mass-media buys wasn’t going to work for Honda dealerships that were 60 miles away from Cleveland,” said Waikem, “We need to connect the brand and build product value with the local market targeting consumers that have a higher probability of doing business with us.”

Not wanting to follow outdated association practices of buying big traditional media buys and creating some TV spots, hoping that doing so would steal market share, Waikem, working closely with Tier10, set out on a new course.

“The new strategy is unique in the sense that it encompasses a balanced mix. With a heavy focus on data-driven mediums, like digital and targeted marketing combined with strategic in market local sponsorships, events and local content creation,” says Waikem.

“Our advertising is consistent through all mediums because we have one agency that handles it all,” said Waikem, “one of the big reasons we chose Tier10 was their ability to handle, produce and deliver all our needs within their organization, opposed to other agencies that appear to outsource a lot.”

In November, Honda was one of the top five automotive brands searched on Google. To take advantage of this, Northern Ohio Honda Dealers executed a strategy that worked hand-in-hand with the dealers tier 3 marketing efforts. Their digital strategy targets brands and models that the data indicates would deliver and convert, all while not driving up the digital expenses for the participating dealers tier 3 marketing. “They educated us on the importance of playing your position. We have a responsibility at tier 3 with our own marketing efforts and the association has a different role. Collectively we would be significantly more successful if we each played our own role and even better, be more profitable,” says Waikem, “It truly is a unique strategy and it works.”

“Another reason that we decided to go with Tier10 was for their digital and data proficiency which allowed us to target consumers that we have never thought of targeting in the past, and this has enabled us to steal market share, and make great strides in 2014,” Waikem added.

An additional focus of their strategy has been on local events, which have had a big media return on investment for the Northern Ohio Honda Dealers. For example, The Fox Trot that Northern Ohio Honda dealers sponsored with the Fox 8 TV station has become the second most-attended foot race in metropolitan Cleveland behind the Cleveland Marathon. The race drew more than 6,500 runners in August and raised money for the Wounded Warrior Project, which aids wounded veterans. Northern Ohio Honda Dealers benefited as well. The dealers ran 100 spots while Fox 8 ran more than 700 spots promoting the race every day for nearly three months. Stretching the association’s $45,000 in paid advertising into $260,000 worth of TV exposure. That means each dealership spent $2,250 and got $13,000 worth of exposure. This equates to a 6 to 1 return on investment and is just one of many annual events that the association participates in.

“No matter where you spend your money in traditional media, people go online,” says Waikem, “The data that we get from all of these events is funneled to our association advertiser, so they can begin to target those customers online.”

Making decisions with the 20 trustees – one from each store – isn’t easy, but the group hosts quarterly meetings to discuss their next plan of attack. “We get buy-in from every store,” he says, “We make decisions at the pace of the car business.”

“The data-driven integrated strategy that Northern Ohio Honda Dealers has executed combined with local in-market content and creative has proven to be quite successful for the dealers and for Honda, helping them collectively steal market share from the competition,” said Scott Fletcher, Founder of Tier10, the advertising agency that Northern Ohio Honda Dealers has used for almost 3 years.

Their strategy appears to be producing great results across the entire association, “Collectively, our 20 Honda dealerships increased new-vehicle sales by 6 percent in 2014, while sales nationally grew 1 percent,” Waikem said. And that’s not all, Northern Ohio Honda Dealers took .6 percent of market share, a huge win.

The 2015 plan is live and in place and includes many of the core strategies that have been critical pieces from day 1. “One of the many things we love about working with Tier10 is that they are never satisfied. Our 2015 plan contains many of the strategies we’ve been using, yet with new wrinkles that will help us continue to grow to new heights and increase market share beyond what we’ve already done.” Waikem concluded.