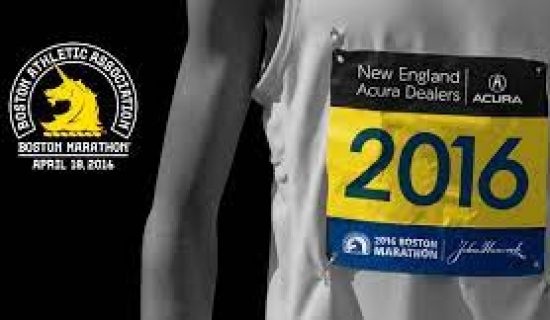 BOSTON, Jan. 14, 2016 /PRNewswire/ — Today the New England Acura Dealers Association (NEADA) announced their participation as the official automotive sponsor of the 2016 Boston Marathon, Half-Marathon, and 5K at the 2016 New England International Auto Show. Leading up to the marathon, and throughout the year, NEADA will support the Boston Athletic Association (B.A.A.) through advertising and community outreach.

To kick-off the partnership, the NEADA will host a Live Art Show at the auto show with Rather Severe creating a unique mural on a 2016 MDX under the “We Are Boston” campaign created by agency Tier10. The Live Art Show will begin on Jan. 14 at the Acura booth (#9).

As part of the sponsorship, the NEADA will provide the official pace car leading the race, as well as a 2016 NSX and other Acuras. The official Acura pace car will also be unveiled on Jan. 14.

“[This] isn’t just one day,” said Chris Connolly, NEADA president and general manager (GM) of Herb Connolly Acura. “From the months of training and fundraising, to the weeks of community events leading up to the big day, the stories that emerge are at the heart of the race, and we are proud to share in those stories.”

“Supporting [BCH] is a cause close to us – we’re ecstatic that our involvement has led to the opportunity to support the marathon,” said Joel Avery, NEADA treasurer and GM of Acura of Peabody.

“In addition to putting on world-class sporting events, the B.A.A. focuses greatly on philanthropic efforts in our community,” said B.A.A. Executive Director Tom Grilk. “As our official vehicle provider, [NEADA] will not only enhance our races with their top-of-the-line vehicles, but will share our deep commitment to improving the lives of many in the Greater Boston community.”