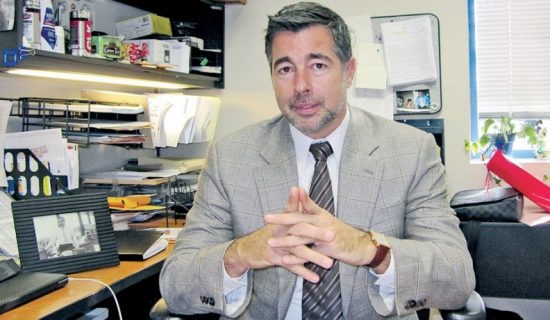 CLEVELAND — When American Honda Motor Co. decided 18 months ago to fund marketing for regional dealer associations, members of the Northern Ohio Honda Dealers wanted to do more than echo the manufacturer’s advertising.

That traditional regional, or Tier 2, role of repeating the mass-media buys of the factory wasn’t going to help Honda dealerships 60 miles away from Cleveland in towns such as Wooster, Ohio, or high school football-crazy Massillon, said Mark Lyon, general manager of Jay Honda in suburban Cleveland and a trustee of the dealer association.

So the Northern Ohio Honda Dealers set upon a new course. Rather than just buy TV and radio advertising in metropolitan Cleveland, the group has gotten heavily involved in charitable, sports and other local events, sometimes with its own advertising.

For example, the association, which includes 20 dealerships, sponsored a 5K race along with the Fox TV affiliate in Cleveland last summer and received $260,000 worth of on-air mentions during three months of race promotion for just $45,000 in paid advertising, Lyon said.

While most dealer associations use predominantly factory creative work for their ads, the Northern Ohio Honda Dealers made their own spots in late summer to take advantage of the triumphant return to Cleveland of basketball star LeBron James.

And the Cleveland dealers are advertising heavily on cable TV and radio in the smaller towns where members sell vehicles. For instance, they sponsor high school football and basketball games from Cleveland south to Akron and southeast to Youngstown, said David Waikem, co-owner of the Waikem Auto Family and president of the dealer association.

“That’s why all the dealers have bought into the concept — the association is willing to spend money in the community,” said Waikem, who owns seven stores, including a Honda dealership in Massillon.

Honda dealers got a marketing windfall from the factory about 18 months ago when Honda instituted a Tier 2 advertising program after going for years without one.

Honda dealer groups receive about $250 million in Tier 2 advertising money generated annually. They receive 1 percent of the sticker of vehicles sold by participating dealers in their respective regions.

For the Northern Ohio Honda Dealers, the amount is $5 million. That lets the Honda dealers compete well with dealers of other manufacturers active with Tier 2 marketing, particularly Hyundai, Kia and Toyota, Lyon said.

Lyon said Honda gave dealers the ability to select their own agencies to handle Tier 2 marketing and supported some experimental approaches to marketing.

The Fox Trot that Cleveland Honda dealers sponsored with the Fox 8 TV station in two years has become the second most-attended foot race in metropolitan Cleveland behind the Cleveland Marathon, said Dana Nagel, an ex-TV sales manager in Cleveland and Tier 10’s representative to the dealer association.

The race drew more than 6,500 runners in August and raised money for the Wounded Warrior Project, which aids wounded veterans. Cleveland Honda dealers benefited as well. Fox 8 promoted the race every day for nearly three months, Lyon said, stretching the association’s $45,000 in paid advertising into $260,000 worth of TV exposure.

The dealers ran 100 spots while the station ran more than 700 spots promoting the race, Lyon said.

He estimates that the dealerships, which featured event banners in their showrooms, received about $160,000 in media exposure for the drive while buying about $36,500 in ad time.

Lyon said the association asked for and received factory approval to participate in the events. While associations can’t make direct charitable donations with their marketing funds, the sponsorship included ads that were deemed permissible, he said.

In all, the association in 2014 spent about $200,000 on charitable-event advertising and received about $1.3 million in TV time in return, Lyon said.

Moreover, the promotions allowed association dealers to get on TV 49 weeks in 2014 vs. the typical 26 weeks when Honda is running seasonal campaigns to clear inventory or coax buyers into showrooms during the holidays, he said.

Waikem said about half the dealerships in the association are outside metropolitan Cleveland around Akron, Canton, Youngstown and Wooster.

His dealership’s advertising mix is heavily newspaper and cable TV, while the overall association mix is about 35 percent broadcast advertising, 24 percent radio, 15 percent digital, including video pre-roll and search engine marketing, and 9 percent direct mail. Video pre-roll consists of short ads before a YouTube video or on other sites.

Waikem said the association is flexible enough with ad spending that dealers outside Cleveland can get money for high school football and basketball games in their markets. The budget is not dominated by the large metropolitan stores, as can be the case with Tier 2 ad spending in large markets, such as New York, he said.

Superstar James of the Cleveland Cavaliers is famous for throwing resin or chalk in the air as he enters the court before games. Taking a cue from that signature move, the association made Honda commercials with fans throwing Honda-blue chalk up at their desks to celebrate his return to Cleveland for the 2014-15 season.

Because the factory didn’t make the spots, the production and cost of the ads was 100 percent funded by the association, Lyon said. But the commercials are so tightly tailored to the Cleveland market that dealers were willing to forgo factory money to be associated with the topic.

Similarly, the association made Honda Accord spots last year and ran them regionally rather than Civic spots that the factory was promoting, Lyon said.

The reason: He said local dealers found they had too many Accords on their lots and wanted to move them despite again missing out on supplemental payments that Honda made to associations that ran the Civic ads.